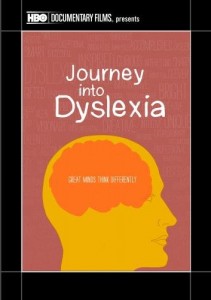 The Phoenix Academy, in partnership with the NE Dyslexia Association, held a free showing of the HBO movie “Journey into Dyslexia” on Saturday, April 14th, from 9:00 – 11:00 A.M.

Nancy Liebermann, Executive Director of the Phoenix Academy, opened the morning with comments about the Phoenix Academy and about an Orton-Gillingham-based phonics program called “Spalding.”  This is one of the programs used by Phoenix Academy which has been very successful in helping students with dyslexia learn to read.

The movie explained dyslexia and gave several personal accounts of successful people living with it.  Following the film were two separate panel discussions, one for youth and one for adults. The adults’ panel was led by Gwelda Carlson, treasurer of the Nebraska Dyslexia Association.  The youths’ panel  was led by Phoenix Academy teacher Kathy Anthes.

For more information about the film or about dyslexia, you may contact the NE Dyslexia Association at 402-434-6434 or visit www.ne-da.org.  You can contact them through the website at info@ne-da.org.