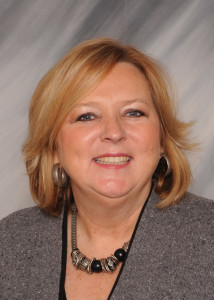 It was my pleasure to speak at the Scholarship Luncheon, on October 22, 2013, regarding how Phoenix Academy has impacted students in the metro area for over 20 years.  The following is a recap of my speech.  –  Nancy Liebermann

I’d like to tell you about Phoenix Academy and how we are impacting students in the Omaha metro area. Everyone knows learning to read is important. That can’t be stated enough, but what happens to non readers? Here are some statistics:

85% of juvenile offenders have reading problems. Many states now estimate the number of prison beds they’ll need based on the number of children in 4th grade reading below grade level.
Students who don’t read proficiently by 3rd grade are 4 times more likely to drop out of high school.

There are many social and economic ramifications from children not being able to read. I’d like to talk about how this affects the individual student.

Schools are about conformity and the primary goal for kids in school is to fit in and be like everyone else. Now think about the child who struggles in school. Each day they try to appear to be like everyone else. They pray the teacher won’t call on them or that the other kids won’t see their papers with the red marks and low grades. They worry about the snickers from a classmate if they make a mistake. They hate having to explain why that teacher’s aide sits by them or why they need to go to the little room down the hall for extra help. Regardless of how the teachers label their reading groups, everyone knows who is a speed boat or a tug boat. Not only are these kids brave but they also work very hard – often to be told they are lazy or they need to try harder.

Jeff Derby’s parents asked their child’s teacher what they could do to help their son do better in school. Year after year the teachers would dismiss them and say “he’s a boy, he’ll catch up”.

When Jeff was in 5th grade and still far behind his classmates they asked the teacher again, what else could they do to help their son. This time a teacher said, “He probably doesn’t have what it takes to do well in school, but that’s okay, he can always farm”. The Derby’s are farmers themselves and were insulted that this teacher felt education wasn’t needed in the farming business.

Shortly after that they enrolled Jeff at Phoenix Academy. Jeff made three years gain in reading in 11 months. He graduated from Southeast Community College in Milford and now is 34 years old and a senior mechanic for John Deere.

When Jeff’s daughter, Isabelle, was struggling and the school talked of holding her back, Jeff wanted to see if Phoenix Academy still was around. He then uprooted his family, switched jobs, and moved this summer from Blue Hill, NE to Omaha just so Isabelle could attend the Phoenix Academy.

Isabelle is a current student in the first grade and already making good progress. Jeff’s mom, Susan Derby, says she is so thankful Phoenix Academy was there for her son and now for her granddaughter. Jeff, Isabelle and Susan Derby, would you please stand?

I first met Katie Bender when she phoned and asked if she could do an interview about our school for one of her education classes. During the interview, Katie told me she had been a student at Phoenix Academy in 2nd grade. Like Jeff, she wasn’t reading with her peers and the school wanted to put her in special education classes.

Mrs. Bender, Katie’s mom, visited the Phoenix Academy and knew this was what Katie needed. However, she had to be to work by 4:30a.m. and she needed scholarship assistance to afford tuition. Patti Clark, the founder and director, told Mrs. Bender to drop Katie off at her house and she’d take her to school each morning. She also gave her reduced tuition.

Katie is now 27 years old and majoring in Elementary Education with an endorsement in Special Education at UNO. The past three summers I have hired Katie as a teacher’s assistant in our summer school program. I have no doubt she will be a fantastic teacher that any school would be lucky to have. Katie & Diane Bender please stand.

Early intervention they say is the key. But what happens when students don’t qualify for help? That was the case with my own daughter, Elizabeth. We pushed for testing in kindergarten but the test results did not show her to be significantly behind. However, by the middle of first grade, when the gap widened, we watched her enthusiasm for school fade. One child psychologist actually told us about our first grader, “She probably has a learning disability like dyslexia and I would not expect this child to go to college”.

When my husband Bill and I enrolled her at the Phoenix Academy, almost immediately we saw a change in our daughter and she liked school again. She also had time to pursue her love of theater and music.

She attended Phoenix Academy for two years and is now 21 years old and currently a senior in college at the UNK on a music scholarship. Elizabeth, would you and your dad please stand.

Tasha Jackson came to see me five years ago concerned about her son, Justin, who was failing classes and seemed to be giving up on school. It is sometimes hard to believe that this poised handsome young man you’ll meet today is the same kid who came to us in November of his 5th grade year.

There were several times where Justin was sent to my office for not doing his work or having attitude. But Justin started to exhibit success. He was reading and although math was particularly tough, he wanted to keep trying. Not only did Justin‘s academic skills improve but so did his attitude.

Justin is a talented athlete and now has the grades to be able to play football and basketball. He is currently a freshman at Omaha North High and in honors classes for English and Math. Justin and Tasha Jackson please stand.

Phoenix Academy gives students like Jeff, Isabelle, Katie, Elizabeth & Justin the chance to be successful. It is a difficult decision to pull a child out of their neighborhood or parish school to attend the Phoenix Academy. However, our intense curriculum helps students attend for a short time and then they return to their previous schools. We believe it changes lives not only for the children but for their families as well.

I would now like to recognize people here today who made that decision and their children have beaten the odds. Would all current and former Phoenix Academy students please stand? Continue standing and could I now have all parents and grandparents of children who attended the Phoenix Academy for day school or summer school please stand.