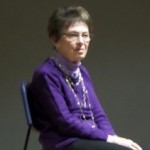 Written by students Regan and Sydney For the last several weeks Mrs. Lasenburg and Mrs. Hutchson’s Social Studies classes have been learning about the Holocaust and what happened during those tragic years between 1933 – 1945. Six million Jewish people from all over Europe died during the Holocaust. The most specific ghetto we studied was […]