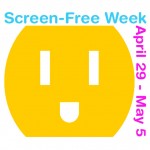 “No Way!” is how some of the students responded when presented with the opportunity to participate in the National Screen-Free Week Challenge.  Screen-Free Week is a national celebration where children, families, schools, and communities spend seven days turning OFF entertainment screen media and turning ON life!  http://www.screenfree.org/

Twenty four Phoenix Academy students decided to take the challenge.  Here is what they told us they did with their time instead of watching tv or movies, or playing on the computer or video games: played with legos, played with my little brother or sister, played football, listened to the radio, drew pictures, jumped on my trampoline, read, slept, played with my neighbors, played outside, played with my brother, went for a walk, rode my bike, played school, played the drums and even did homework!  Wonderful fun things can happen when we are not focused on a screen. 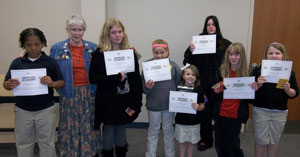 Students turned in forms each day with their parents signature stating that they did not look at a screen that day.  At the end of the week eight students had completed the entire challenge.  At our weekly Friday assembly we held a drawing for the ‘big” secret prize they had been promised.  The students were very surprised when the winner was presented with a brand new Kindle!  An exciting bonus was given to the runners up who completed the week.  Each received a $10 gift certificate to The Bookworm.

It was not an easy challenge and we are proud of all of our students who did not say “No Way” and attempted to go for one week Screen-Free.   A special thank you to The Bookworm and to our former board member and teacher at Phoenix Academy, Ellen Scott, Manager of the Children’s Department at the Bookworm, for donating the gift certificates. http://www.bookwormomaha.com/

Each student that attempted the challenge received a coupon for a free piece of pizza.