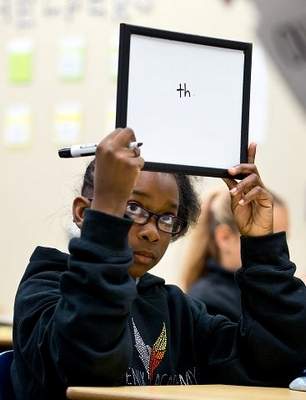 The Omaha World Herald published a story entitled “OPS puts new stress on teaching phonics” on December 17, 2012.  Phoenix Academy was featured in the story as an example of a school that places a heavy emphasis on phonics.