What are people saying about Phoenix Academy? 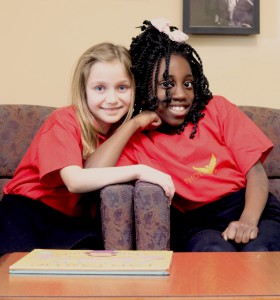 “I can’t say enough good things about Phoenix Academy and their amazing staff! My son’s Pre-K teachers were suggesting to us that he start Kindergarten late because he was struggling with letter recognition. We decided against holding him back and enrolled him at Phoenix. The progress he’s made is so amazing! It’s incredible how much he’s learned this year. He’s already been moved up a grade in reading and is making straight A’s in every subject!” – Christina – mother

“My son has been attending Phoenix Academy for 2 years. He struggled in public schools and now is an A and B Honor Roll Student! It has made him academically successful. Phoenix Academy is a amazing school and the staff is amazing too! They go far and beyond for the kids and really care about the kids and how they learn. It has been a big support to my son and my family and will highly recommend them to anyone. Best School Ever!” – Tiffany- Mother

“Thank you so much for all you do to increase the learning and enrich the lives of all the students here.  We fell so blessed to have found the Phoenix Academy for our child.  What you do for these kids is amazing!” –  Gigi and David – parents

“Thank  you for the tuition assistance for my grandson.  It broke my heart to watch as he had become a very withdrawn and sad little boy who was embarrassed by his lack of skill in reading.  Now that Phoenix Academy has given him the tools needed to be successful his is back to smiling everyday, eager to go to school, and always full of stories about how much he is learning.  I have witnessed what the right technique and the right teachers can do with a child, and it is nothing less than a miracle.  He now has a bright future waiting for him.”  – Ellen – Grandmother

“Where would our daughter be academically had she not attended Phoenix Academy? We sometimes ask ourselves this question, but mostly we just marvel about how well she is doing now!  Before Phoenix Academy, Megan was a struggling first grader who was at the bottom of her class.  After Phoenix Academy, there was no more crying and complaining about school.  She learned how to read!  Also she was able to play and have fun after school. She is now in the highest reading and math groups in her class of 32.  Reading is one of her favorite after school activities.  We give Phoenix Academy all the credit and are so thankful there was an option like Phoenix Academy.  –  Lori and Kevin – parents 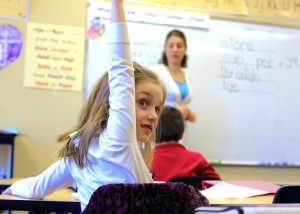 “Phoenix Academy has helped me a lot with reading and math.  I like the small class sizes because teachers can give you more help when you have a question.  My teachers are smart, kind, and helpful in many ways.  I have made new friends here too!  – Emilee – Student

“My grandson Patrick has attended Phoenix Academy for five summers.  We have been delighted with his progress and enthusiasm for math and reading.  We feel he has been well prepared for each year as he enters the next grade.  We will continue to supplement his education by attending Pheonix Academy’s summer program.  As a former teacher I admire your no frills approach to education.”  –  Julie – Grandmother

“I just wanted to let you know how much you have impacted my life during these two years at Phoenix Academy.  I will always treasure this part of my school years.  Thank  you for making a difference.”    Jack – Student

“As a teacher at Phoenix Academy, I am blessed with the opportunity to watch students grow and develop academically on a daily basis.  Our small classroom size allow for in depth learning as well as relationship development within the classroom.  Each day is a new adventure here for teachers and students alike.  This year many of my students will go on to high school.  Watching them I have seen a change in their confidence and overall opinion of school.  They have developed into thoughtful citizens and leaders.  I feel so honored to be a part of something that makes such a difference.” – Michelle – Teacher